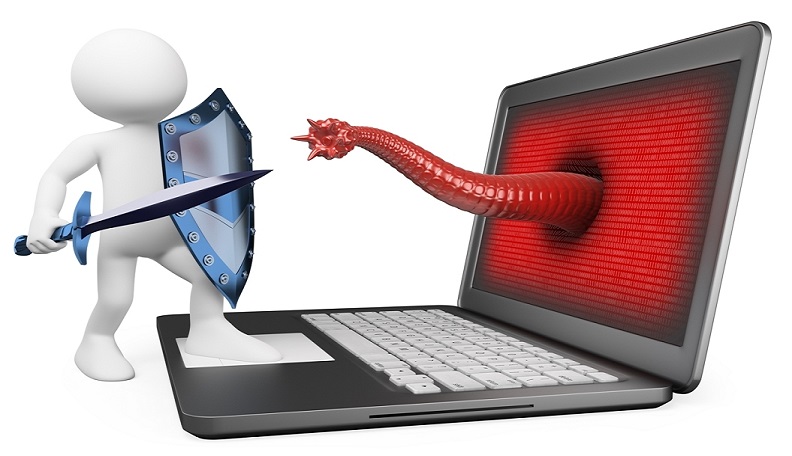 If you’re a regular or even an occasional computer user, then you might’ve heard the terms like Viruses, Worms, Trojans, Bots, Malware, Spyware, etc. But honestly speaking, we consider all these to be a Virus, no matter, whatever be their type. But have you ever tried to acknowledge, what is the difference between these terms, although they are meant to harm your device, steal your data or spy on you, have you ever thought why they are named so differently. Basically, terms like Viruses, Trojans are all types of malicious software or simply ‘Malware’.

Now, the first and foremost question arises, where did these terms came from?

Clearly, they are not some out of the world aliens, in fact the real truth is that they were not even created with an intention to harm someone.

The history of malware attacks goes back to 1949, when John von Neumann, first developed the theoretical base for self-duplicating automation programs, but the technical implementation was not feasible at that time. The term ‘Computer Virus’ was first used by Professor Leonard M. Adleman in 1981, while in conversation with Fred Cohen.

The first computer virus named ‘Brain’ was coded by two brothers Basit Farooq Alvi and Amjad Farooq Alvi, who were from Lahore, Pakistan. Brain was meant to infect storage media based on MS-DOS FAT file systems. It was originally designed to infect the IBM PC, it replaced the boot sector of its floppy disk with the virus. The virus program changed the disk label to ©Brain and the defected boot sectors displayed this message:

Welcome to the Dungeon (c) 1986 Basit & Amjads (pvt) Ltd VIRUS_SHOE RECORD V9.0 Dedicated to the dynamic memories of millions of viruses who are no longer with us today – Thanks GOODNESS!! BEWARE OF THE er..VIRUS : this program is catching program follows after these messages….$#@%$@!!

However, as you may presume, there was no evil intention behind this. Alvi brothers said in their interview with TIME magazine, they created the virus only to protect their medical software from piracy, aimed at copyright infringement acts.

Coming back to Malware, these are malicious software designed to harm a computer which may or may not be connected to a network. Malware only get in to action when there is a computer involved in the game otherwise the term Malware is of no use.

Malware are of the following types:

Worms: These programs have the ability to replicate themselves. Their sole objective is to increase their population and transfer themselves to another computers via the internet or through storage media, all the work is done like a top secret mission hiding their movement from the user. They don’t cause any harm to the computer, their replicating nature consumes hard drive space, thus slow down the machine. Some of the notable worms are, SQL Blaster which slowed the internet for a small period of time, Code Red took down almost 359,000 websites.

Viruses: They also have the ability to replicate themselves, but they do damage files on the computer they attack. Their main weakness lies in the fact, they can get into action only if they have the support of a host program, otherwise they’re just like a defeated warrior. They stick themselves to songs, videos, and executable files and travel all over the internet. W32.Sfc!mod, ABAP.Rivpas.A, Accept.3773 are some of the examples of Virus programs.

Feel free to Google anyone of them if you like.

Trojans: Basically, Trojans are no Viruses, and are not meant to damage or delete files on your system. Their sole task is to provide to a backdoor gateway for malicious programs or malevolent users to enter your system and steal your valuable data without your knowledge and permission. JS.Debeski.Trojan is an example of Trojan.

They are named after the ‘Trojan Horse’ tale, in which Greeks entered the city of Troy with the help of a wooden horse which was meant to be a gift, but turned out to be a sweet poison, as depicted in the movie Troy.

Feel free to Google anyone of them if you like.

Spyware: These programs also come attached with other freeware software, track your browsing and other personal details and send it to a remote user. They can also facilitate installation of unwanted software from the internet. Unlike Adware, they work as a standalone program and do their operations silently.

Spam: You get very irritated when you receive unwanted emails from unknown senders, these are called Spams or junk mails. And the process of flooding the internet with the same message is called Spamming, is done for the purpose of commercial advertising. These junk mails may sometimes contain Viruses or Trojans that enter your system as soon as you open the mail.

Bots: Bots or Robots are automated processes that are designed to interact over the internet without the need of human interaction. They can be used for good and bad intentions. An evil minded person can create a malicious Bot that is capable of infecting the host on its own. After transmitting itself to the host device, a Bot creates a connection with central servers which act as the command centers for the infected hosts attached to that network, called Botnet.

Their skills include stealing passwords, logging keystrokes, analyzing network traffic, relay spam, launch DoS (Denial of Service) attacks and open back doors on infected hosts. These Bots can be seen as the advanced form of Worms, their infection rate and tactic is more effective than those of Worms. These malicious Bots are created after a lot of hard work done by their malignant creators.

Ransomware: These type of malware alter the normal operation of your machine, thus barring you to use it properly. Thereafter, these programs display warning messages asking for money to get your device back to normal working condition.

After reading all this, you might be thinking why people create Malware. Here are some reasons which may compel a coder to write malware codes:

How can you protect your Computer :