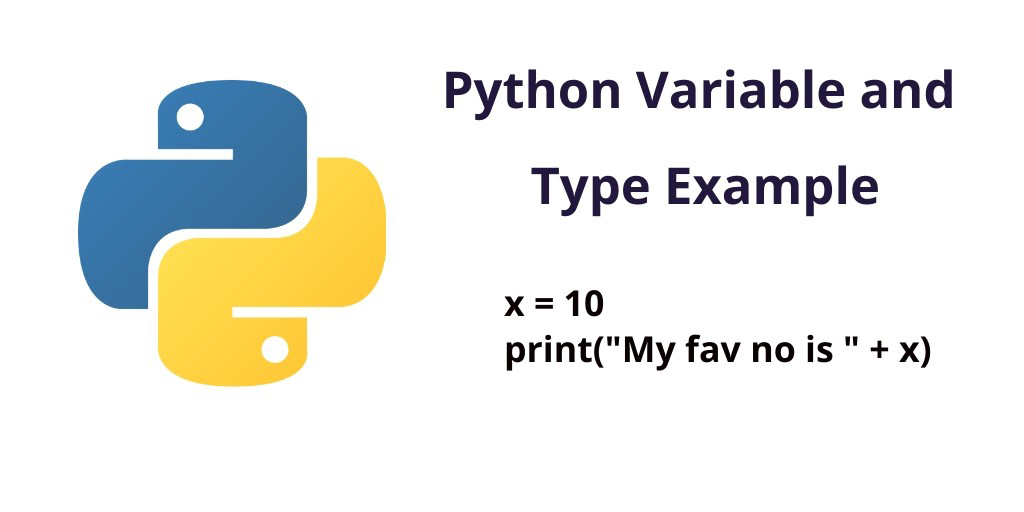 Python Variable and Type with example

What is the variable in python?

Basically a variable in python is nothing, but it only holds the data or any values in it. There is no special command to make it. You can easily change it value on runtime.

Before we talk more about python variable and it’s types, we should know the important things or rules for creating variables in the python programming language.

Rules for creating a variable in python

Here first we will create/declare a variable. And also assign value to it.

We will create a variable and change the value of this variable at runtime.

When you create/declare a variable in Python. So you do not need to declare its type. Python itself detects what type of value store in it. Means variable has numbers or is a string or float value is value, etc.

Note:- And if you do not assign any value type value to it, then it will throw the exception.

How many types of variable in python?

Variables in Python programming are of two types, such as Local & Global Variables.

Generally, when you create a variable inside any function, that is local variable. And you can not use this variable outside of the function.

You can create/define a global variable inside the function by using the global keyword.