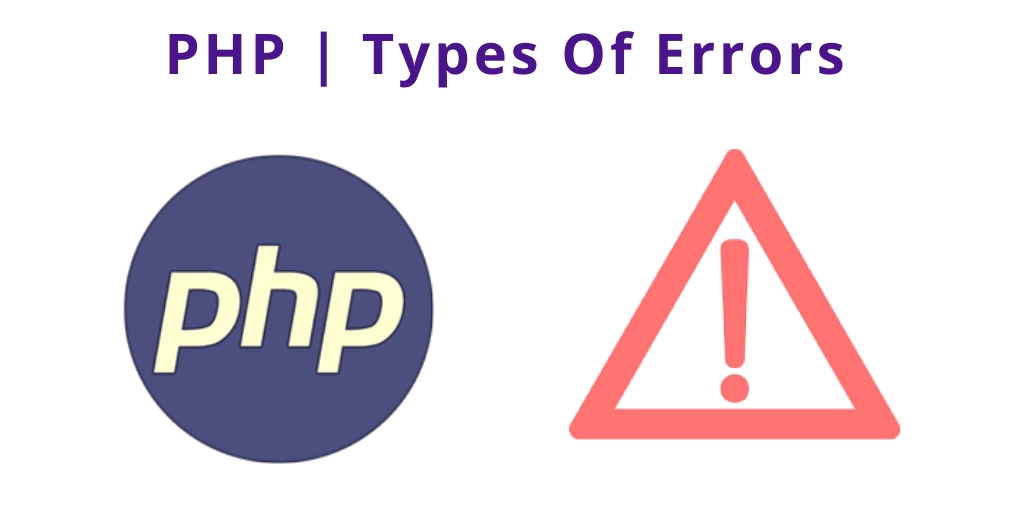 In this tutorial, you will learn about the types of errors in PHP.

When working in PHP or any PHP framework. Sometimes you forgot to add semicolon on the end of the syntax, mistyped any syntax, defined any variable not correctly, and wrong logic. At that time, errors occur in your script.

Note that, In PHP, Some error prevents the execution of the script. And some errors only display error messages with warning.

There are four types of errors in PHP are:

When trying to access the undefined variable in PHP script at that time notice error occurs. Notice error does not stop the execution of PHP script. It only notice you that there is a problem.

In this example, define only $a variable and print it. As well as print $b variable without define. When executing this script, a notice error occurs and display a message, the $b variable is not defined.

The main reason to occurs warning errors is to include a missing file, calling a function with incorrect parameters. It is similar to notice an error, it also does not stop the execution of PHP script. It only reminds you that there is a problem in the script.

In this example, include any PHP file that does not exist in your application. At that time, it displays a message that failed to include it.

When call to undefined functions and classes in PHP script, at that time fatal error occurs. The Fatal error does stop the execution of the PHP script and it display error message.

Note that, if you call the undefined function or class in the script is the main reason to occurs fatal error.

In this example, A function is defined, which name is addition(). This function adds 2 variables and prints its result.

When the addition() function is called. After that, sub() function is also called which is not defined. At this time, the fatal error comes and stops the execution of the script with an error message.

The parse error happens, when a syntax mistyped in the script. Parse error does also stops the execution of the PHP script and it display error message.

The following main reason for syntax/parse errors are: