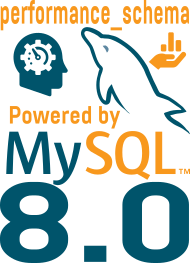 Today, yet another blog post about improvements in MySQL 8.0 related to Performance_Schema. Before MySQL 8.0 it was not always easy to get an example of the queries you could find in Performance_Schema when looking for statements summaries. You had to link several tables (even from sys) to achieve this goal as I explained it in this post.

Now in MySQL 8.0, we have changed the table events_statements_summary_by_digest. This table now contains 6 extra columns:

FIRST_SEEN and LAST_SEEN have also been modified to use fractional seconds. The previous definition was:

The main goal is to capture a full example query like it was made in production with some key information about this query example and to make it easily accessible.

I forgot something important that the famous daddy of SYS and Performance_Schema expert reported to me: performance_schema_max_digest_sample_age