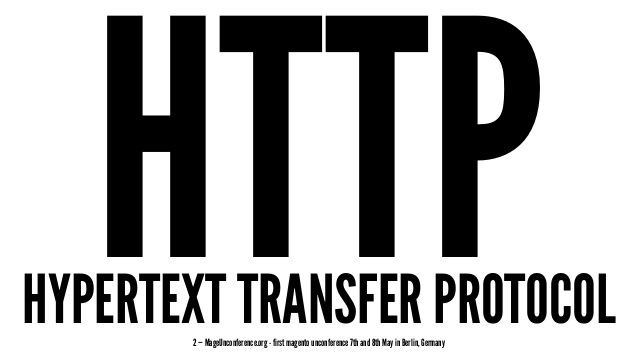 What is HTTP(Hyper Text Transfer Protocol)

All web communications use the same protocol HTTP. Latest version of HTTP is 1.1 released in 1999. A HTTP communication consists of two phases: a request (from client to server) and a response (from server to client). In both the request and response phases, the unit of communication contains two parts: one is the header and the other is the body part.

The format for a HTTP request is shown below:

Body of the request

According to HTTP 1.1 there are several request methods, among which some important methods are listed below:

Among the HTTP request methods mentioned above, GET and POST are the most frequently used methods. After the first line, the request message contains request header, which contains different fields known as the header fields. Each header field is a key-value pair. The format of a header field is header field name followed by a colon and a value.

Below is an example which shows a live example of HTTP request message and HTTP response messages:

The general format of a HTTP response is shown below:

Body of the response

Although the HTTP and GET and POST can be used to send requests (data) to a web server, there are some subtle yet, important differences between them which are specified below: