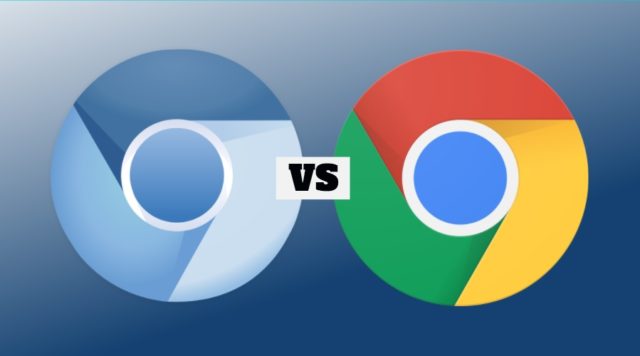 What Is The Difference Between Google Chrome And Chromium Browser?

Chromium is an open-source web browser developed and maintained by The Chromium Project. The git rolling release web browser was first introduced in 2008 and its different parts are released under different free software licenses which include BSD License (for the portion written by Google) and MIT License, LGPL, etc for other portions.

Difference between Chrome and Chromium:

Chrome uses GoogleUpdate on Windows (GoogleSoftwareUpdateAgent and GoogleSoftwareUpdateDaemon on Mac) to automatically update to the latest version. It is not available for Chromium. On some Linux distributions, updates are made available via package repositories. Google Update is also used for other applications like Google Earth.

Unlike Chromium, Google has added the crash reporting and send usage statistics options. Chrome sends data to Google servers. It includes general data like information about your device and OS, Chrome settings, visited websites having malware, search queries, etc. This allows Google to suggestions, results, and ads that are relevant to you.

Crash reporting and usage tracking can be disabled from Chrome’s settings.

On Google Chrome, the functionality to add extensions outside the Chrome Web Store is disabled on all Windows and Mac Channels. However, the extensions can be added via developer mode.

Chromium’s HTML5 audio/video codec support is limited to what is available as non-proprietary codecs like Theora, Vorbis, WebM, VP9, etc. In the case of Chrome, it adds support for some non-free stuff like AAC, MP3, and H.264 (now free).

Google Chrome installer includes a randomly generated token. The token is sent to Google after the installation completes in order to measure the success rate.

Both Chrome and Chromium have Sandbox support. It is always enabled in the case of Google Chrome. For Chromium, some Linux distributions may disable the Sandbox feature.

Also Read: How To Use These Simple Google Search Tricks And Search Like A Boss

Chrome Vs Chromium: Which one is better?

It’s hard to decide which one to choose between the open source Chromium and feature rich Google Chrome. For Windows, it is better to use Google Chrome as Chromium doesn’t come as a stable release. And that applies for MacOS too.

In the case of Linux, known for its love for free and open source software, Chromium might be a better option. But you’ll have to live with the fact that it doesn’t update automatically, lacks Adobe Flash plugin and other media codecs. However, various Linux distributions may offer a modified Chromium adding various missing features. In fact, Chromium is now being considered as the default web browser in the many distros on the likes of Mozilla Firefox.

Google Chrome is also available for Linux and it is a good option if you are fine with some closed source cheese spread on your open bread.