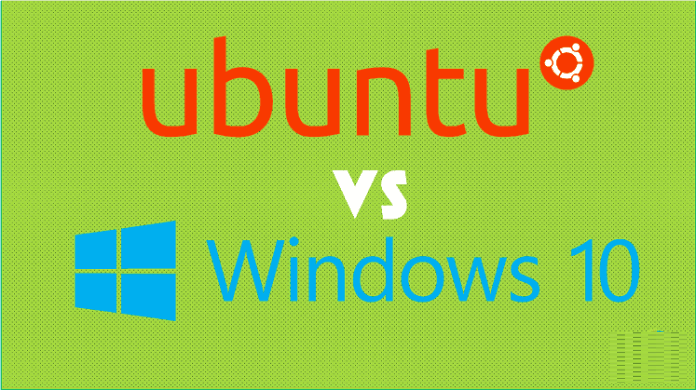 5 ways Ubuntu is better than Windows

Recently Microsoft has launched Windows 10 with the announcements that there are some great new additions to the operating system. And the fact is Microsoft has been remaining as the first choice for a single user for choosing their operating system for years. But there are a few reasons why Ubuntu is better than Windows and can change your mind to work with Ubuntu.

5 ways Ubuntu is better than Windows as follows.

Currently, users using Windows 7 or Windows 8.1 will get free Windows 10 for one year as per the announcement was done by Microsoft. Whereas Ubuntu is a free and open sourcewhich you can DOWNLOAD it right now. Any user gets any kind of edition he/she wants of Ubuntu i.e. Desktop edition, server edition for free. They all are free for lifetime and can be used on as many computers you want. So, Microsoft doesn’t beat Ubuntu as it is freer forever rather than just only one year.

And the main problem occurs with the average user when he/she wants to install a fresh copy of Windows on the computer from which is already installed and outdated version but problems start to occur.

Customization of your Windows operating system is not an easy task unless you are an advanced user or you very well know where to look. You really have to know what you are doing when doing customizations or you can compromise the integrity of your system. There just aren’t very many easy ways to make things look the way that you want them to look and act the way that you want them to act.

But in a  case of Ubuntu, you can learn how to tweak your Ubuntu machine to look and feel the way you want by the help of google search. For e.g. If you want to change the icons, only a few clicks are needed to do that. You can have different desktop environments of your choice. And with the help of Unity Tweak Tool, you can save all your customization options in it so that you can use whenever you want.

A Windows user gets regular security updates which annoy anyone every time. And some of the updates are like which are of no use to an average user, such as bloated anti-virus programs that pop-up advertisements persuade you to download or that manufacturers pre-install on your computer in an effort for you to sign a deal with one of their partners.

But now Windows has built security system called Windows Defender ethics started becoming integrated into Windows. The problem is that it is still very easy to install a virus on your windows computer due to the design of the operating system.

Ubuntu is better than Windows because it doesn’t have such problems as it has always had a rock-solid reputation for security and that’s why so many servers worldwide choose it over Windows.

So Security is the main reason why we use Ubuntu as everything else is just icing on the cake.

This is kind of personal opinion as from my point of view Ubuntu looks and works much better than Windows. Many times while working things get messed up as it takes the load and eventually I get frustrated.

Similar stuff: How to Start a Web Design Project

The new tiles UI that are launched by Microsoft in Windows 8 are the weirdest thing I have ever seen IN UI designs, ugly colors and sharp edges of the windows which seem to be outdated compare to Ubuntu’s well-designed icons, an attractive dark windows theme with rounded corners and auto hide menu bar which looks beautiful.

And My favorite difference between Linux and Windows for users as below: