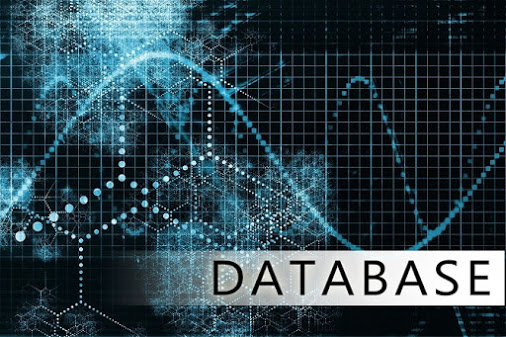 An Adventure in InnoDB Table Compression (for read-only tables)

In my last post about big MySQL deployments, I am quickly mentioning that InnoDB compression is allowing dividing disk usage by about 4.3 on a 200+ TiB dataset.  In this post, I will give more information about this specific use case of InnoDB table compression and I will share some statistics and learnings on this system and subject.  Note that I am not covering InnoDB page compression which is a new feature of MySQL 5.7 (also known as hole punching).

Before talking about the results, I will describe the system where I have implemented InnoDB compression and give the following warning:

The compression statistics shared here are from a very specific system.
Take them with a grain of salt and test to see how compression benefits your systems.

The system where I implemented InnoDB table compression contains more than one million read-only tables.  Some time ago, those tables were stored in a single MySQL instance, without using InnoDB compression (the size was 200+ TiB) and without using MySQL replication.  The storage was external (disk array accessed via a SAN) and was supporting snapshots.  At the very beginning, the amount of data (and tables) was much smaller, it slowly grew to its current size and it is still growing.  Because administration was becoming tedious, the system was sharded on servers with local storage and replication was used for redundancy.  To reduce the number of shards needed to store all this data, I implemented InnoDB table compression.

One particularity of this system is that the data arrives in MySQL in chunks (tables) that are never updated after being stored (after being fully written, the tables are read-only).  In the new sharded system, the data is written on the master in an InnoDB tables (non-compressed) and it reaches slaves via classical MySQL replication.  Once the table is fully written, a cron job running on all nodes of the replication hierarchy compresses the data locally (not writing to binary logs).

The compression script is trying many KEY_BLOCK_SIZE for finding the one resulting in the smallest footprint on disk.  The script works as follows for each table to compress:

Note that finding the size on disk of an InnoDB table is not straightforward.  Looking at the size of the ibd file (ls, du or stat) does not work as some data might still be in the Buffer Pool (not yet flushed to disk).  Also, the output of SHOW TABLE STATUS or the content of information_schema.TABLEonly shows an approximation of the data and index lengths.  I used the command FLUSH TABLES ... FOR EXPORT for solving that.  Below is an extract from the manual, which is exactly what we need to be able to use ls, du or stat for getting the table size:

[FLUSH TABLES ... FOR EXPORT] ensures that changes to the named tables have been flushed to disk so that binary table copies can be made while the server is running.

I will come back later below to compression failing and to table size going the wrong direction (growing instead of shrinking after compression).  Now, let's look at the compression statistics.  For this post, I am only looking at a single shard of the new system (I am assuming that all shards have similar behavior).  The query below gives a good overview of the InnoDB table compression benefits on the amount of data on disk:

What we have here is a very respectable MySQL instance:

The results above have been obtained with the default value of innodb_compression_level (6).  Using the highest value (9) might give better results in the general case but the tests I did on that system do not show significant improvements (I might share more about that in another post).  So I kept the default for all the shards of this system.

An average compression ratio of 4.53 is very good but it might vary for different KEY_BLOCK_SIZE.  Let's look at more detailed data with this query (a final_kbs of 16 means no compression):

The result above shows that, if we want the smallest footprint on disk, it is important to use the right KEY_BLOCK_SIZE:

So 39,937 tables are failing ALTER with a KEY_BLOCK_SIZE of 1. The manual is saying that compression could fail if a row does not fit in a block, the exact being:

Generally, MySQL requires that each B-tree page in an InnoDB table can accommodate at least two records. For compressed tables, this requirement has been relaxed.  Leaf pages of B-tree nodes (whether of the primary key or secondary indexes) only need to accommodate one record, but that record must fit, in uncompressed form, in the per-page modification log.

However, I know that at least one of those tables has a row size smaller than 1 KiB.  I opened Bug#84439 for that.

I hope above gave you an idea of a real-world use case of InnoDB table compression.  Before ending this post, here are a few additional comments/thoughts on this work: